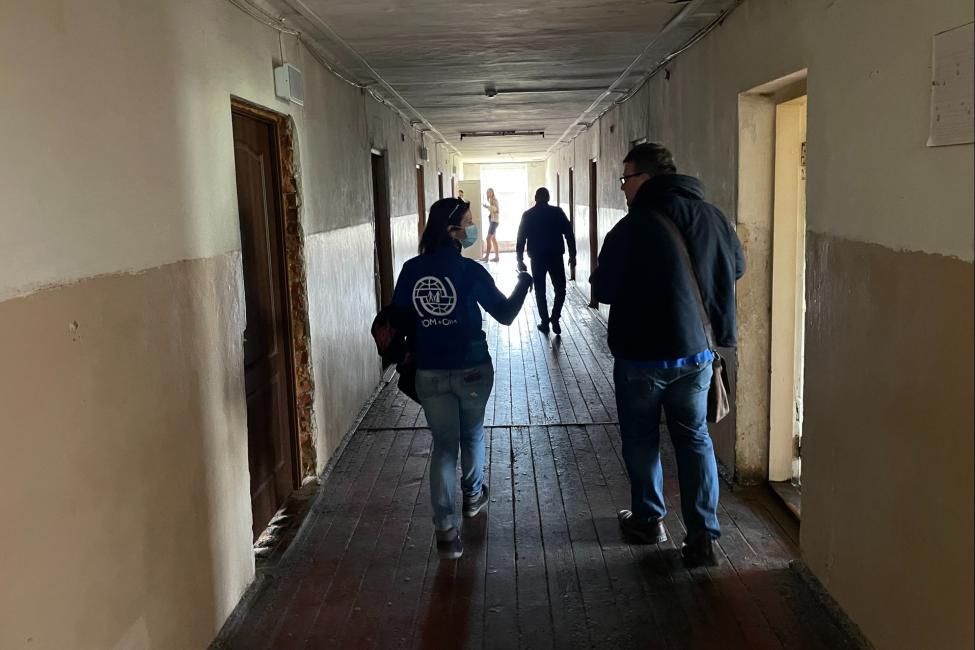 “Residents of these newly established, and in many cases improvised collective centres, include pregnant and single women, families with many children, persons with disabilities and the elderly,” said Marco Chimenton, IOM Ukraine’s Emergency and Stabilization Programme Coordinator.

“IOM-led rehabilitation work will improve accommodation conditions for these vulnerable populations, at the same time providing jobs for local communities and indirectly supporting the local economy.”

The UN Central Emergency Response Fund (CERF), the governments of Germany and Japan, and the Bureau for Humanitarian Assistance of the United States Agency for International Development (USAID) are providing initial funding of USD 30 million. IOM, which has been working in Ukraine since 1996, will hire and train mobile technical teams to refurbish buildings where vulnerable families fleeing in regions affected by the war have sought shelter.

According to the IOM country-wide representative survey on displacement released yesterday, over 7.7 million people were forced to flee their homes and relocate to other areas of the country since the war began. Ukraine’s western regions remain the primary destination for those newly displaced.

Initially, the programme will cover the five western regions of Ukraine (Zakarpattia, Ivano-Frankivsk, Lviv, Vinnytsia and Chernivtsi), with a possibility of expansion to other regions depending on the needs and the security situation. The programme will be implemented in coordination with local authorities, other humanitarian partners and local civil society organizations.

IOM is present in Zakarpattia, Chernivtsi, Ivano-Frankivsk, Lviv, Vinnytsia, Kyiv, Donetsk and Luhansk, working with dozens of NGOs across the country to provide lifesaving and life-preserving humanitarian assistance to IDPs, host communities and other war-affected groups, including migrants who are stranded in Ukraine and need support to ensure their safety during and after crossing into neighbouring countries.