One in Six People Internally Displaced in Ukraine 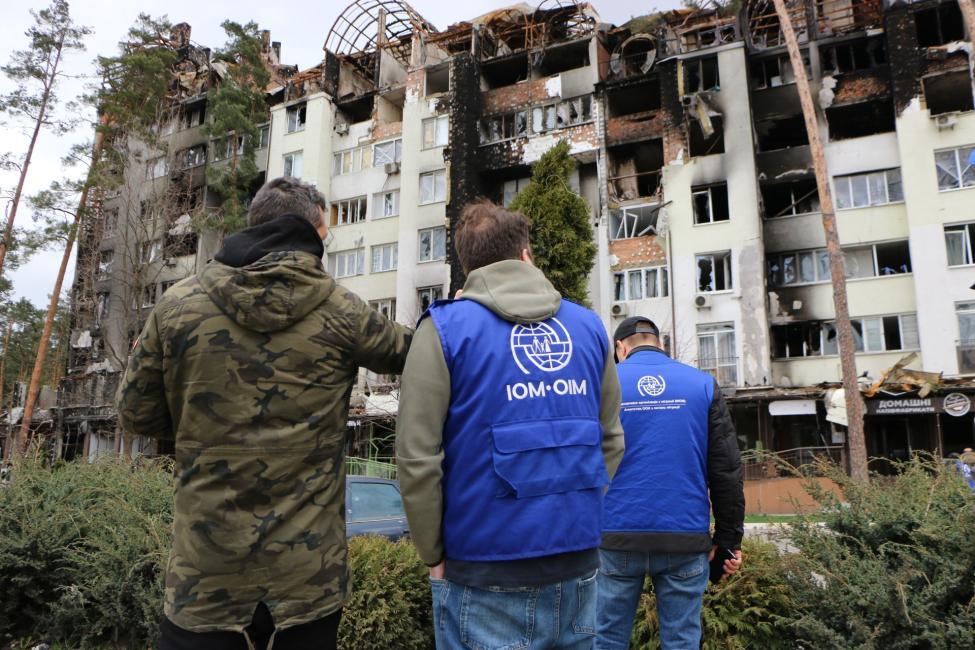 IOM staff conducting a monitoring visit to Irpin and Hostomel to understand the needs of those affected by the war. Photo IOM/Viktoriia Zhabokrytska

Geneva – More than 600,000 additional people were internally displaced in Ukraine in the first 17 days of April according to the International Organization for Migration’s (IOM) latest report released today, pushing the total number of internally displaced since the beginning of the war to over 7.7 million, 17 per cent of the country’s population.

The new assessment conducted between 11 April and 17 April reveals that women represent at least 60 per cent of those displaced. More than half of internally displaced persons – mainly in the east of Ukraine – reported a lack of some food products; 28 per cent of families with children under the age of five say they experience problems getting enough food for their children since the start of the war compared to 25 per cent in the 1 April report.

The most pressing needs identified included cash and access to financial support, followed by medicines and medical supplies.
“Women and children, the elderly, and people with disabilities have been disproportionately affected as they all represent a highly vulnerable group of people,” said IOM Director General António Vitorino.

“Our work in support of those forced to flee their homes and all vulnerable populations affected by the war continues, but a humanitarian ceasefire is crucial to allow for aid delivery and access to hard-to-reach communities.”

Among those currently displaced, 15 per cent plan to return to their homes in the next two weeks, heading mostly to Kyiv and the north of the country, while 8 per cent of the general population report having had their homes damaged by attacks.

In addition to ongoing large-scale deliveries of humanitarian supplies, IOM has identified cash-based interventions as one of the most feasible, efficient, and effective ways to reach people in need both inside Ukraine and in the neighboring countries. Preparations are ongoing to scale up this assistance in close coordination with UN agencies, the Government of Ukraine and the local authorities. IOM is also launching a broad shelter rehabilitation programme to provide displaced persons staying at collective centres access to safe and dignified living conditions.

Since the beginning of the war, at least 150,000 people have received direct assistance from IOM in Ukraine, including food, non-food and hygiene items, cash, mental health and psychosocial support, as well as via information campaigns to help prevent human trafficking and sexual exploitation and abuse.