As immigration to Hungary has increased over the past decade, a growing need for a coherent integration policy and assistance framework has become evident. In the decade between 2001 and 2011, the number of foreign citizens residing in Hungary grew from 110,028 to 206,909. However, in more recent years, this number has taken a sharp fall to 156,606 in 2016, and 151,132 in 2017. These figures have been steadily increasing following 2017’s minimum. In 2021, 194,491 foreign citizens were residing in Hungary. These statistics, provided by the Hungarian Central Statistical Office are in stark contrast with the increase of almost double of Third Country Nationals (TCNs) living in Hungary. Nevertheless, the majority of the total foreign population comes from European countries, approximately 64%. Until 2018, Romania and Germany had the largest number of citizens residing in Hungary (respectively 22,747 and 17,879), with China having the largest number of citizens in Hungary among the Asian countries. In the last years, these trends have changed. Without considering the changes derived from the Ukrainian crisis that began in February 2022, Ukrainian citizens have registered the strongest increase since 2019 by becoming the most numerous foreign citizens in the country (27,380 in 2021). Since 2020 a surge in Slovak citizens immigrating to Hungary has also been noticeable (14,677 in 2021). In relation to immigration from Asia, the previous majority of Chinese has been replaced by Vietnamese citizens since 2020. In 2021, Romanians were 18,220, Germans 17,490 and Slovakians 14,677.  Within the total number of foreign residents living in Hungary 58% are men and 42% are women.

Despite the fall in the number of foreign citizens living in Hungary until 2017, public opinion has remained negative towards immigrants as the Eurobarometer 95 poll indicates that 33% of Hungarians consider immigration to be the most important issue facing the EU, ranking it higher than economy and Member States’ public finance. In the previous Eurobarometer 93, 81% of Hungarians responded that they felt negatively towards immigration from outside the EU, and 94% answered that they would like additional measures for irregular migration. Even though in 2020 immigration lost ground in all the EU Member States, Hungary recorded the lowest rate. 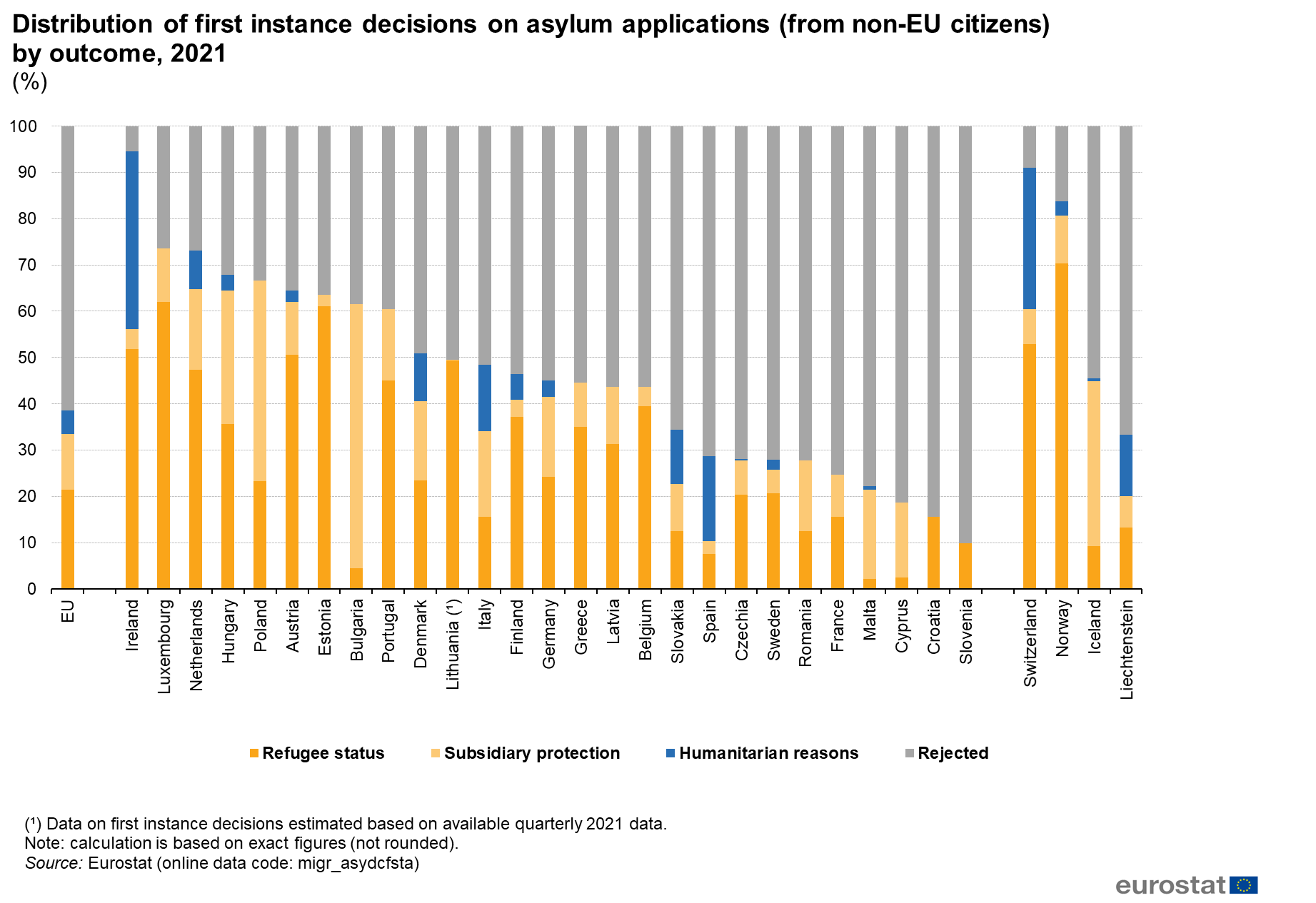